Tell us how you met and all about the proposal.
Our professional ties marked the beginning of an amazing life story. While Julius was being hired to start work, Carine had presented her letter of resignation. Being at the verge of leaving, everyone kept talking to Carine about a new ‘African guy’ who has been hired in finance. Since Carine is from Africa, many thought she may easily identify with the “African guy”. Unfortunately, she had no contact with this guy till her last day at work. Nevertheless, a farewell party was organized for Carine before her departure. The whole office but the “African guy” turn out for the party. ” Being so prudent, he decided to treat Carine to a special lunch of two. She happily accepted the invitation. During our lunch, we were happy to know that both of are not just from Africa but from the same country – Cameroon. Coming to realize that we are from the same country, the chatting and talking became more personalized. We had a nice time with each other. While departing we only wished each other success in his/her respective careers. A month later, we both received unique invitations to attend a mutual friend’s baby’s baptism. Little did we know that we were both invited for the same event. It was a huge surprise for us as we met in the same church in Manhattan for the baptism. We both wondered how coincidental this could have been – to have been invited for the same event – to meet each other after saying farewell at work

After the baptism ceremony, we exchanged numbers. From that day, communicating between us intensified. We called and checked each other often. Circumstances beyond our control pushed our friendship to the next level. We started dating and slowly realized that we completed each other. We found ourselves already identifying the other person as a best friend, better half, one and only love, darling etc We can name all the adjectives one can use to describe two people who are actively in love. Since we met, we pretty much spoke to each other on a daily basis. When Julius went on work mission to Cameroon for two weeks, communication between us was some how frozen and was not as frequent as it was before his departure. It was a tough time for both parties. The difference in the time zones and work schedules mad it hard to reach out to the other party. We both felt we needed the other person so dearly. This was a visible sign that the other person played a vital role in each other’s life. When he came back from his business trip, he could not hold himself but invited Carine to the same restaurant where we had our first lunch. Even though Carine was about to surmise something was to happen, she did not have enough evidence to proof her point. She happily came for lunch. During lunch it all happened – Julius whispered to Carine : “Thou and I are too wise to woo peaceably” and Julius asked the famous question – ” Will you marry me? ” and the answer was – ” Yes, I will marry you.”

WEDDING DETAILS
Wedding Style: Describe your wedding dress. What was wedding shopping like for you?
I really hated dress shopping. I live near NYC, so it’s not like I didn’t have options. I had plenty of options and I just didn’t have the time and patience to go around trying dresses. So I started dress shopping online shortly after we got engaged. I figured it would be something I could knock off the list quickly, but I don’t think my vision of the day (or budget) was clear enough at this point to really find the dress I wanted.

That being said, I just didn’t want to wear a strapless dress ( or anything too poofy), and, surprisingly, that was harder to find than I had thought. I wanted to be different, unique, elegant and sophisticated, great quality and price.
I am a true African girl with wide hips and a small waist, so I felt like it would be almost impossible to find my dream dress. No matter how much you clip that dress, it’s really not ever going to look like the real thing when you put it on me.

I turned to pintrest and Instagram to get an idea of the type of dresses that I should get. I fell on a picture of a bride that had my shape and I loved her dress and the way it fit her. I quickly jotted down the name of the designer and the dress style ( mermaid I learned J ). .. I googled it and I found the dress, it was pretty but there was only one problem; it was two times what my budget was….I spoke to Johanne (JP Events and Design) about it and she immediately told me about Pantora Bridal boutique, she set up the appointment for me and the rest was history. .. The first time I met Andrea, I knew that I was in good hands. She drew a sketch of the dress I have shown her from the Instagram picture, but then added her own touch to it and that was it! She created my dream dress and I couldn’t be any happier….

Culture: Did you incorporate any culture into your wedding? If yes, tell us more.
Definitely, we did integrate some culture in our wedding. Getting married in the USA, while both of us have a huge Cameroonian heritage, we could not but manifest our collective human heritage during our wedding.

This manifestation was explicit in a number of ways. During our ceremony not only were prayers said in English, some prayers and songs were in Lamnso and Ewondo – the official languages of the respective tribes from where Julius and Carine stem from. During the cocktail hours we had a blend of Western Music and our rich Cameroonian musical culture that accompanied our guests during their refreshment. Notwithstanding, the epic of our Cameroonian culture was manifested during the reception – The songs, the dancing and the interaction during this time was so particular to our African culture.
Above all the last phase of the ceremony, was marked by a change into our Cameroonian outfit. This outfit brought us back to our roots. It made us do a true reminiscence of who we are and where we are heading to. It made us celebrate and dance to our own cultural wedding musics. It was really a blessing and real happiness to have had this part during our ceremony.

Memories: What is your best memory from your wedding?
To be candid, there has never been a day in our lives like this day. Suprisingly, many people get stressed during such events but we were so confident and happy everything was fine. There was no other reason for the stressfree wedding but the fact that we got an excellent wedding planner Johanne P ( JP Event and Design). She made us go to the event as if nothing depended on us. We both felt we were Royal Highness’s that evening. All memories – inclusive – of the day from beginning to end are best memories. We will want to live the day again.

Advice: What is the best wedding advice you can give to engaged couples?
The best advice we can give to engaged couples is to do every thing within their reach to get married. There is some intrinsic joy coupled with some real happiness when you get married to someone you truly love. Getting married to your other half gives a feel of ecstasy which is given a true meaning in marriage. Being engaged is already a sign you are convinced you found the right person . DO NO WAIT FOR TOO LONG TO TIE THE KNOT.

Bridesmaids/Groomsmen gifts:
It was tough to decide which gift to offer our bridesmaids and Groomsmen. Nevertheless, we decided to pay a certain percentage of their attire. We paid a percentage of the dresses and suits coupled with the bow ties and the makeup for the ladies. We appreciate their wholehearted engagement to make the wedding a success.

Favorite item on the menu:
We enjoyed all the items we chose on our menu 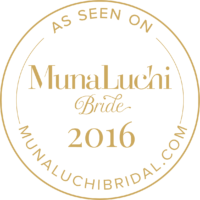 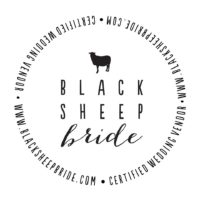 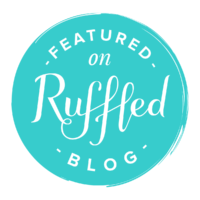 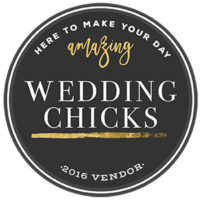 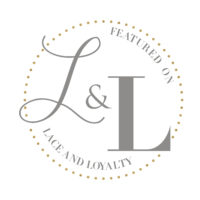